Back to This Crash Picture set 1

My wife was involved in a serious but not deadly car crash on June 22nd 2010.  She was by herself in the car and she was driving a 2002 Toyota Camry LE V6.  She fell asleep behind the wheel going north on CR 140 in FINDLAY, OHIO.

My wife was in the ICU for 5 days and currently in a regular room at the hospital.  She is suppose to released from the hospital in a couple of days.  She had internal bleeding and a broken leg.  What I have heard about the driver of the Tractor-trailer  is that he had a sore shoulder and a minor concussion and he is ALIVE.  My wife has had 2 surgeries since the accident, the first surgery was for her internal bleeding and the second surgery was for the repair of her broken leg. 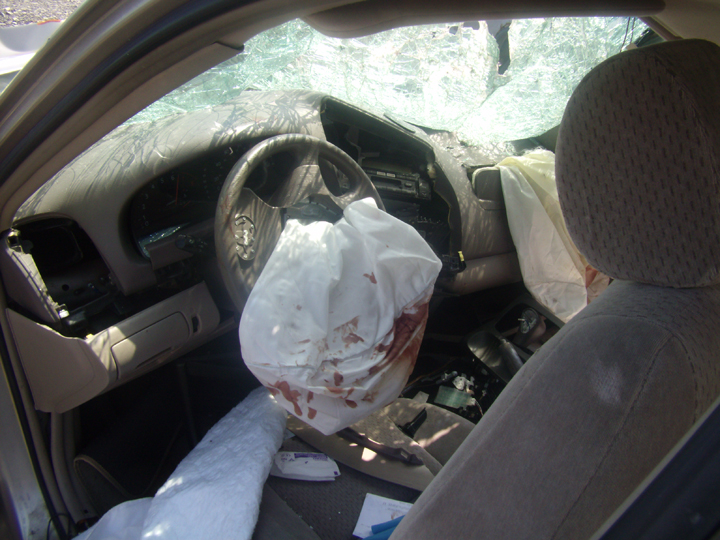